The family-run restaurant Can March in Manacor originally opened as Fonda Can March in 1925 and ownership is still in the same family. In the year 2000, the restaurant was given a new look and concept, offering New Mallorcan cuisine – modern interpretations of traditional island recipes with international culinary touches.

Two brothers are at the helm of Can March: Tolo Gelabert looks after front of house and Miquel Gelabert is the chef leading the kitchen brigade.

Can March is tucked away in a side street in Manacor and offers a pleasant surprise once you’re inside. The spacious restaurant has a bright, modern interior, with wooden floors, attractive lighting, and linen-clad tables with white chairs. The restaurant has two entrances on parallel streets.

Look out for the wall of photographs at one end of the restaurant, telling a story of decades of hospitality in this location.

Can March is very popular with locals – perhaps because it offers two very good-value three-course market-cuisine ‘menús del día’ (one is vegetarian) with a choice of dishes. These are offered Tuesday to Friday lunchtimes for 13,90€ (excluding drinks).

In addition, there’s an à la carte menu (including paella and other rice dishes), 4- or 8-plate tasting menus (for lunch or dinner), and the Menu CM, offered on Sunday lunchtime for 24€. Can March is also the venue for occasional wine-paired gourmet dinners, featuring a selected bodega.

A small area in the centre of the restaurant is used to display artisan local products for sale, such as olive oils, wines, preservers, and handicrafts from Mallorca, so if you visit Can March, you may be tempted to treat yourself to something to take home. 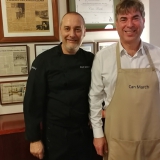 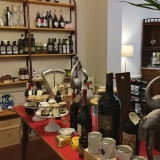 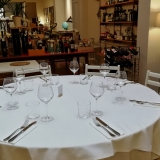 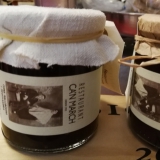 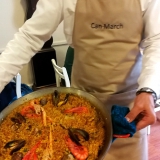 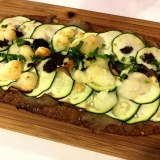 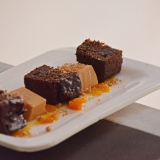 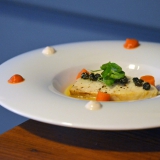