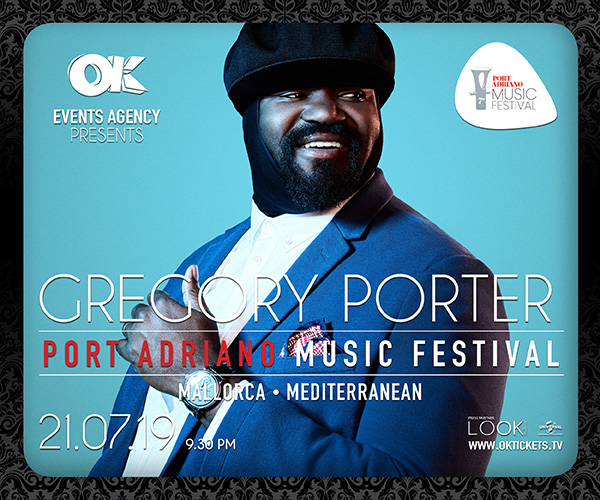 Genres such as Blues, Gospel and Soul have influenced Gregory Porter throughout his career, which has risen brilliantly in Europe, and especially in the UK, where he performed on shows such as “Jamie Cullum’s BBC radio program” and as a special guest at the London Jazz Festival. Porter is being named by the specialized press as the next great Jazz singer.

The artist that was nominated at the Grammys, as “Best Jazz Vocal” for his album “Water”, that got to be number 1 on iTunes and Amazon in the United Kingdom and obtained spectacular sales numbers that led him to be included in the best lists of 2010, in different genres.

In 2016 he released his album “Take Me to The Alley”, very much awaited after reaching the top 10 in 2015 with “Liquid Spirit” that became the Jazz album with the most streams of all time.

Porter will be in charge of opening the Port Adriano Music Festival.

We will be able to enjoy all his successes in this unique setting.