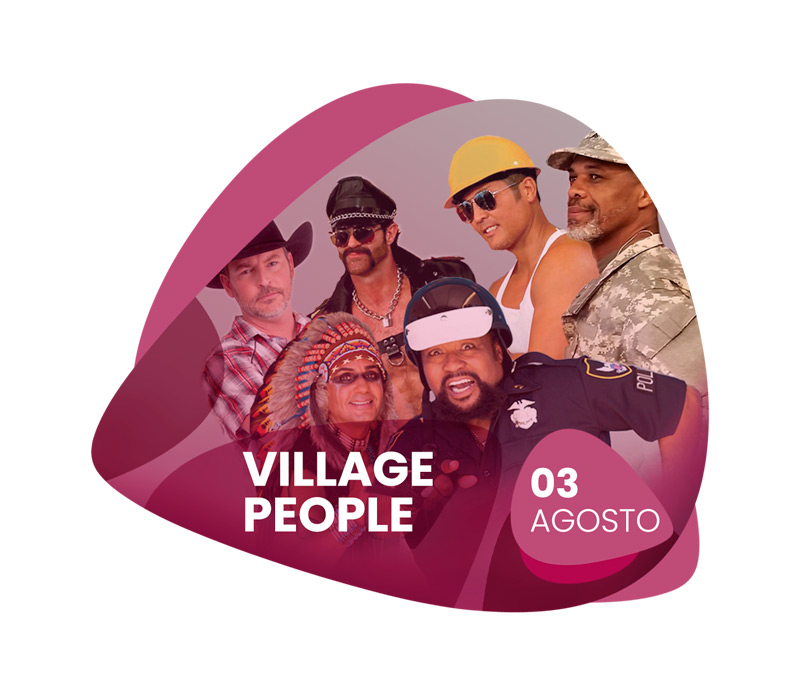 The kings of Disco Music return to Spain proving to be one of the most groundbreaking and fun bands in music history. Splitting energy and showing great sympathy, the band will turn the scene of Port Adriano into a New York nightclub of the 70s and 80s, singing and dancing the greatest hits of a career full of successes, such as “Macho Man”, “Can’t Stop the music”, “Let’s go back to the dance floor”, “In the Navy” or the mythical “Y.M.C.A”.

Village People is one of the most iconic music groups in the world. Their music has become part of the international songbook.
True to the spirit of the formation, the six members of the band turn the concert into a bold show with their choreographies, outfits, their hip movements and with an unstoppable rhythm that spreads to the public right from the first song.