Like several chefs with their own restaurants on Mallorca, Marcel Ress previously worked with the renowned British chef Marc Fosh at the Michelin-starred former Bacchus restaurant in Santa Maria and, later, at the starred Simply Fosh in Palma de Mallorca.

In 2015, the talented young Bavarian chef entered and won the Spanish TV cooking competition ‘Top Chef’. Today, still only 30 years old, Marcel is at the helm of his own restaurant, Sa Fàbrica de Marcel Ress, in Inca.

Find Sa Fàbrica within Fàbrica Ramis – the restored former textile and leather factory, dating from the 1920s. The spacious restaurant has an attractive dining area (with well-spaced tables and comfortable chairs), bar, and open-kitchen area – where Marcel and his chefs work on the pass. The place has a stylish contemporary industrial-chic ambience that complements the delicious modern cuisine.

Marcel’s Mediterranean food is based on carefully selected seasonal ingredients, creatively combined into tasty dishes with different textures. He even grows some of his own produce in the central courtyard of Fàbrica Ramis.

At lunchtime there’s a set menu: choose three courses for 16,50€ or five courses for 27,50€. At night, two set menus only are offered: Chef Choice (five plates) for 35€ or Sa Fàbrica menu (eight plates) for 55€. These prices include a choice of breads and flavoured butter – on the night we visited, a very moreish lemon and thyme butter.

Our servers, Tania and Cristian were friendly and helpful, explaining the detail of each dish as they presented it at the table. We dined on the smaller Chef Choice menu and enjoyed delicious combinations of flavour and textures. If you’re looking for a gastronomic experience outside Palma de Mallorca, at terrific value, Sa Fàbrica de Marcel Ress should be on your restaurant radar.

Travel to Inca by train and you can take better advantage of the good choice of wines (by the bottle or glass) here – Sa Fàbrica de Marcel Ress is around five minutes’ walk from the railway station. 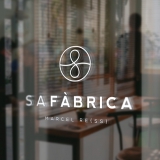 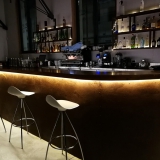 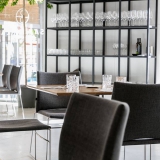 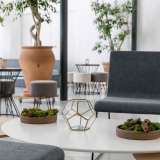 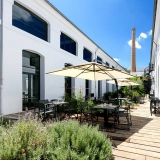 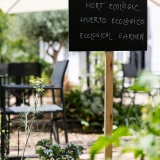 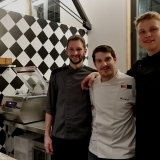 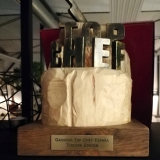 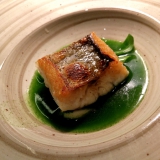 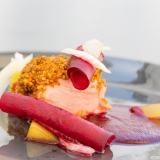 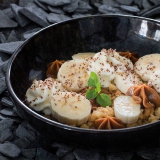 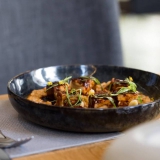 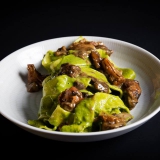 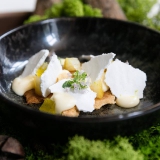