Making diners happy for 25 years, this seasonal restaurant in the mountain village of Deià is a favourite for a special occasion.

Restaurante Sebastian in the picturesque village of Deià is owned by the amiable German chef Sebastian Pasch and his delightful Irish wife Patricia, who runs front of house. Twenty-five years after they first opened their restaurant, they still appear to be enjoying what they do: cooking and serving delicious Mediterranean cuisine, based on fresh local produce.

Before opening this restaurant, Sebastian had spent time working in Michelin-starred restaurants in his native Berlin and in Munich and had also worked in Italy. His experience shows in the flavourful cuisine served at this must-visit Deià restaurant.

Restaurante Sebastian has a romantic ambience: located in an 18th-century former stable, it has carefully lit exposed-stone walls, white tablecloths, and candlelight, and original art on the walls. The inner dining room feels intimate and, in fine weather, the front part of the restaurant is opened to provide a more alfresco dining experience.

The menu is à la carte, with additional specials on offer. Our dinner began with bread and two very tasty spreads: rocket and cream cheese and black-olive and fig mayonnaise. We then had a complimentary glass of cold watermelon and lime soup. We had starters of a refreshing Mallorcan ‘trampó’ with squid and wasabi mascarpone (16 €), and the Mediterranean fish soup (15 €) – which, frankly, deserved a round of applause, for its depth of flavour.

The menu offered a choice of three fish dishes and three meats, with additional choices on the specials list. My sea bass (28€) was simply grilled and served with a julienne of vegetables and raspberry and toasted almond vinaigrette – probably one of the tastiest fish dishes I’ve eaten for some time. The slow-cooked beef brisket with oyster mushrooms, peas, celery, and crispy potato (28€) was also a hit. Sebastian is a restaurant where the flavour of the carefully sourced main ingredients takes centre stage in accomplished cuisine.

Service is efficient and warm, overseen by the welcoming Patricia. It was evident that several other diners were repeat customers. Eat here once and you’ll probably want to be one too. 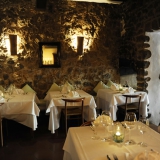 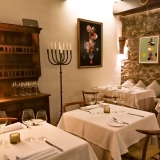 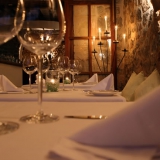 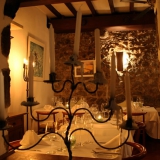 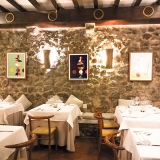 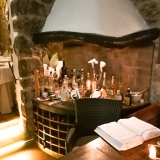 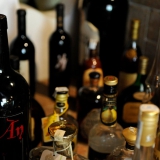 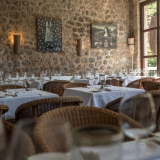 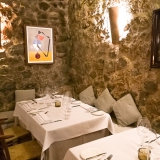 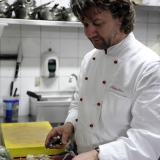 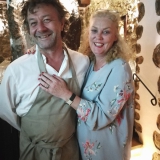 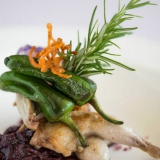 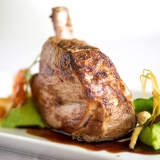 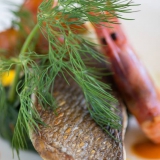 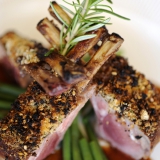 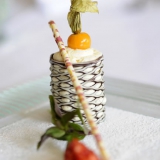 Prices were correct at time of writing