Take a ringside seat for Mallorcan chef Tomeu Caldentey’s culinary action and enjoy a gastronomic experience right there in his kitchen.

Watching a chef at work has always fascinated me, which is one of the reasons I enjoy eating at Tomeu Caldentey Cuiner in Sa Coma. Here, you sit at one of the gleaming counters that border a modern, well-equipped kitchen. It’s your ringside seat for the culinary action of Mallorcan chef Tomeu Caldentey.

Tomeu was the first Mallorcan chef to gain a Michelin star (which he retained for 14 years). In 2018, Tomeu released himself from the strictures of running a Michelin-starred restaurant, to open a different eating-out experience, with a new name, concept, and more affordable prices.

Tomeu Caldentey Cuiner is within the Protur Sa Coma hotel but, although the hotel is closed out of season, the restaurant has its own entrance and is open through the winter – albeit only for three days a week.

Although you sit at the counter (on a tall chair) facing the kitchen, conventional seating is available for groups who prefer to sit together at a table.

Tomeu Caldentey Cuiner offers only three tasting menus, with a choice of 5, 8, or 10 dishes. In celebratory mode, we went for the 10-course option (69 €). There’s no printed menu, so each dish is a surprise. If you have any allergies, these should be advised when booking.

We started by sharing a warm loaf of Tomeu’s divine home-made olive oil bread (not one of the ten dishes). It’s delicious and impossible to leave any in the basket. Tomeu no longer has a brigade of chefs around him and cooks personally for you, as though you were eating at his home. Either Tomeu or his delightful wife Marga serve and explain each dish, based on seasonal local produce – and some of it quite luxurious. Our dinner included superb ingredients such as red prawns, carabineros, pigeon (served with chocolate sauce), and truffle.

Presentation, textures, and flavours are superb and, of course, Tomeu’s signature dish ‘Cannelloni 2001’ is on the menu. It’s fascinating to watch the processes involved and, from now on, I will be making more use of my kitchen blowtorch!

If you watch the local TV station IB3, look out for Tomeu’s return to the small screen in a new culinary series. The affable chef is also the leading light in the annual Protur Chef Mallorca cooking competition, which attracts cookery school students from all over Spain. The next edition takes place this March as part of a gastronomic weekend in Sa Coma. 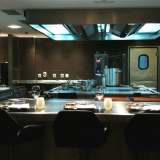 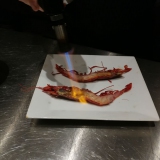 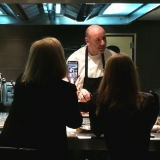 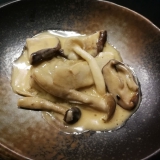 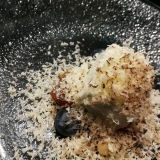 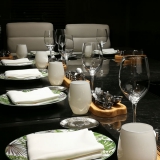 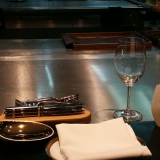 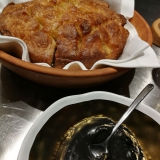 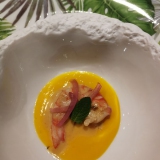 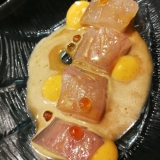 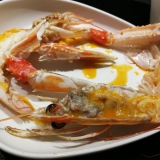 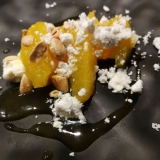 Prices correct at time of writing.