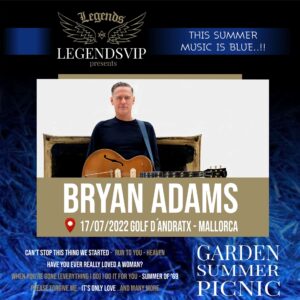 Widely considered one of the most iconic rock musicians in the world, Platinum selling and Grammy winning musician Bryan Adams has countless accolades and awards and has sold more than 65 million albums worldwide.   KLICK HERE FOR TICKETS! 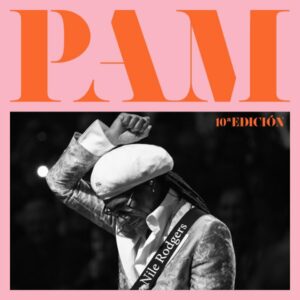 THE GREAT REFERENCE OF DISCO MUSIC   Port Adriano Mallorca Festival will welcome Nile Rodgers & CHIC for the first time, to perform on July 20nd, 2022.   Among music legends, Nile Rodgers is really exceptional. He amplifies his legacy as a multiple GRAMMY-winning composer, producer, arranger and guitarist by constantly traversing new musical terrain and successfully expanding the boundaries of popular music. As the co-founder of CHIC and the Chairman of the Songwriters Hall of Fame, Rodgers pioneered a…