As celebrations go, the one to mark the 20th anniversary of Aubocassa Extra Virgin Olive Oil was one I shall remember for a long time – and not just because Mallorca’s autumn weather was particularly fine that day. I’d been meaning to visit Finca Aubocassa for some time, so an invitation to one of two events held to mark the anniversary was the perfect prompt.

Finca Aubocassa is not far from Manacor in the east of Mallorca and is a typical example of a Mallorcan country house, or possessió, with land given over to farming. The estate dates from the 12th century and had a succession of local owners before it became the property of Palma de Mallorca’s noble Despuig family, who built the Renaissance chapel standing in front of the house. Later, under the ownership of the Verí family, the estate became one of the area’s most productive working farms, with winemaking an important activity.

Evidence of a fruitful agricultural past still remains. The cellar is a reminder of the days of wine production; shady pastures and pens reveal that livestock was raised here, and almond, fig, and carob trees abound.

But it was the revival of the olive groves that has made this finca famous today. In 1998, the owners of Bodegas Roda (on the Spanish Peninsula) and this estate in Mallorca, produced their first extra virgin olive oil here – named Aubocassa. Their cultivation of olives is done with respect for the soil, the flora, and local fauna, with minimal use of fertilizers and chemicals. The company embraces both tradition and innovation in the production of its two types of extra virgin olive oils (the original Aubocassa and later addition L’Amo Aubocassa).

Bodegas Roda’s general manager, Agustín Santolaya, and Tiffany Blackman – who looks after the Mallorcan estate – welcomed around 100 guests to Finca Aubocassa for the first celebration of the 20th anniversary. I was there with other members of the media, chefs, restaurateurs, hoteliers, sommeliers, event organisers, and others. 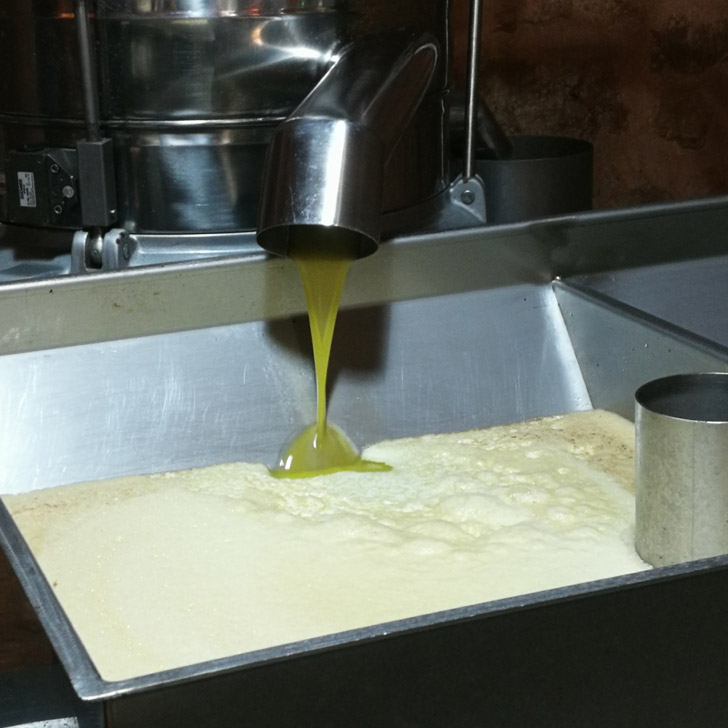 Armed with a megaphone, the charismatic Agustín gave us an informative and entertaining introduction to the estate, its history, and a commentary on the whole process of making Aubocassa’s extra virgin olive oils. We began the event on the large terrace in front of the house and made our way around the finca to the olive groves, where we watched part of the olive-harvesting process in action. Agustín told us that the harvested olives used to be taken to the co-operative press in Sóller but, in 2015, Finca Aubocassa inaugurated its own press – one that’s unique in Spain. These days the olives go straight from harvesting to pressing – you can’t get much fresher than that!

From the groves, we walked through the building housing the press and were able to see the precious juice of the olives as it was extracted. We learnt that it usually takes between eight and nine kilos of olives to produce a litre of Aubocassa. The aroma in this building was mouthwatering, giving us an appetite for the picnic lunch that awaited us.

The words ‘picnic lunch’ hardly seemed adequate to describe what we all sat down to. Two long attractively decorated tables, with crisp white linen, were set out in an olive grove; the delicious aroma of grilled meats drifted from the caterers’ BBQ nearby. Olive oil and wines from Bodegas Roda (Rioja) and La Horra (Ribera del Duero) – for which Agustín Santolaya is also responsible – flowed. Birds sang. It all reminded me of those dreamy Mediterranean scenes you see in films, where everyone sits down at a long table to share food, wine, and conversation after the olive or grape harvest is finished. The difference here was that we guests hadn’t had to do any work for our lunch!

Congratulations to Finca Aubocassa on 20 years of producing the award-winning Aubocassa extra virgin olive oil. Made from 100% arbequina olives, it captures the essence of this wonderful estate and the island of Mallorca in every luscious drop. Both Aubocassa and L’Amo Aubocassa (made from arbequina and picual olives) carry the Denomination of Origin Oli de Mallorca. 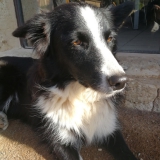 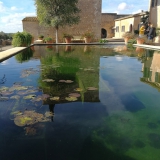 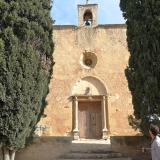 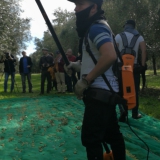 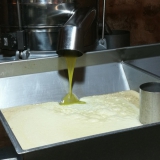 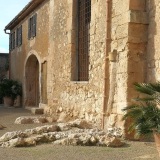 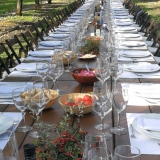 Fancy a visit to Finca Aubocassa?

It’s possible – and highly recommended. The estate has recently inaugurated its Olive Oil & Wine Bar – open to all, where you can taste the oils and wines from Bodegas Roda and Bodegas La Horra.

In addition, Finca Aubocassa offers an olive-oil tourism experience: a tour of the finca and olive groves, visit to the press, and tasting of olive oil for 15 € per person; for an additional 15 € you can add a wine tasting to the experience. It’s essential to book if you want to enjoy one of these oleoturismo experiences: phone +34 971 100 388. And don’t worry if you don’t speak Spanish: Tiffany Blackman is American. 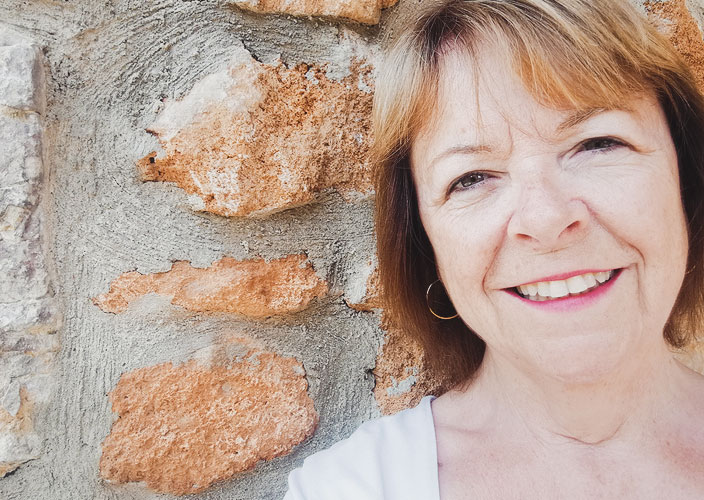 Jan began her broadcasting career in the UK’s Midlands, where she presented two weekend overnight radio shows, syndicated to five independent radio stations – whilst working in hotel PR during the week. She was headhunted to FOX FM in Oxfordshire for the breakfast show Phil & Jan in the Morning and, after five years, joined the BBC in Oxford – where she stayed until moving to Mallorca in 2004.

Jan has a passion for gastronomy and hotels and loves trying what Mallorca has to offer and meeting the interesting people in the hospitality sector.